I am indeed courting disaster, ladies and gentlemen, because when my wife finds out how many Kickstarters I've pledged to right now, she is going to beat me within an inch of my miserable life.

Not that I'm not into that, mind you.

But dear God, why do there have to be so many good things going on right now in the minis world?

I managed to keep myself restrained with the recently wrapped-up Mythos Foundry project, plumping only for the set of H.P. himself and Sonia Greene. 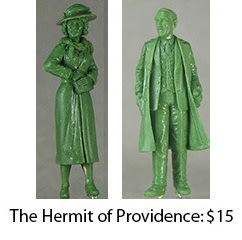 Now there is, of course, the Empire of the Dead: Requiem Kickstarter, the Hell Dorado: Inferno expansion, and the relaunch of Spinespur!

Let's just say that the IRS better have my tax refund to me before these things start funding in about three weeks or I'm going to have to learn to paint minis with broken fingers and one eye swollen shut.

(Actually I plan to sell off some more of the Lead Mountain to fund my KS support, so watch this space for announcements of when I'm putting things up on eBay. Mostly Warmachine and Hordes, but perhaps some old GW items as well.)

For Hell Dorado I'm trying to limit myself to the new rulebook, but the $100 Hell Gate level is a steal -- Inferno rulebook, character card deck, Core rulebook, two faction starters of your choice, a limited edition figurine and a signed art print. Most of the unlocked stretch goals for Hell Dorado are add-ons, but Hell Gate pledgers and above will get a free alternate or limited edition mini. I must say the Efrit warriors add-on for $15 is very tempting. 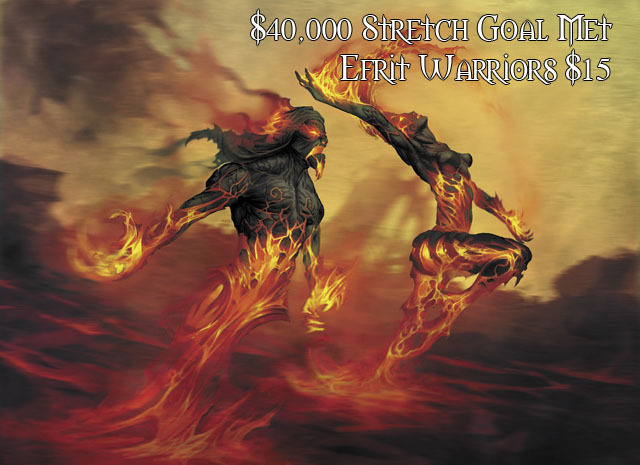 Spinespur is a twisted effin' modern skirmish game that I have long loved. I have a scattershot collection of minis for it, but I've decided to pledge for the Agenda starter level that gets you all the minis for 1 agenda in the game. I plan to get the Men of G.O.D., which is the group I have the fewest minis for yet, and I do just love those Fist of G.O.D. Minis. Men in Black with powerfists! Hot damn! 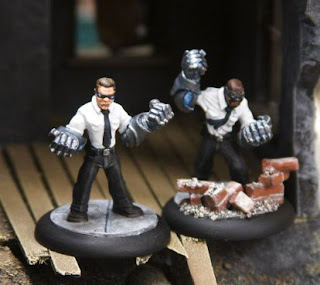 Spinespur is nearing its funding goal of $7,000 with 35 days to go. Stretch goals will start including free minis for those pledging $65 and above, so we need to get this pumped up to the $40,000 level. When that goal is reached, a set called the Chop Docs will become available for separate purchase. Lets just say they remind me of certain creations of Clive Barker that are associated with a certain puzzle box. OK, and a little of Rob Zombie's Dr. Satan from "House of 1,000 Corpses." 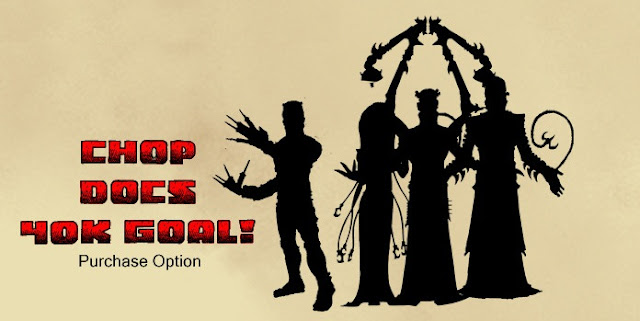 And my beloved EoTD: Requiem Kickstarter crossed the £50,000 mark, meaning that Red, Daughter of the Goddess, will be added free to pledgers at the £74 level and above. And rules for Lightning Jack will be added to the PDF of the rulebook. 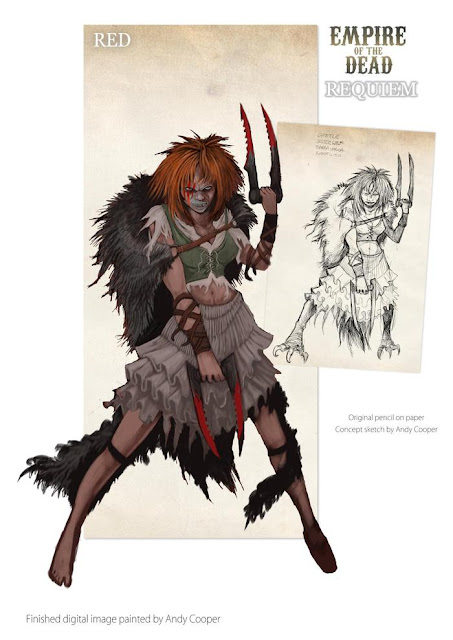 The next stretch goal is another £5,000 away and will see the unlocking of the Brougham (Hackney Cab) Gentleman's Coach (available for an additional £20 to your pledge), the Steam Velocipede for £5, and the addition of the Order of the Dragon Rules to the PDF of the rulebook.

Still 24 days to go to get in on the Requiem goodness, folks!

And it's not like I don't have other minis out there I want to get. I had to miss out on the Dreadball kickstarter and I really want to get my mitts on some of those MVPs. Also, I haven't yet picked up any of the Dark Age CORE robots yet, and now the Kukulkani are in stores. Arrrgh! I'm only flesh and blood (and a little plastic and chrome and steel) but I'm certainly not made of money. What's that? I need to develop patience and self-restraint? OK, how long's that gonna take?

Posted by Christopher Sheets at 12:53 AM