It's Father's Day today, so to all you fathers out there, happy birthday!

The title is a paraphrase of the great Ralph Kiner.

My father is a great man. Whenever I hear those Old Testament Bible verses about there being "giants in the earth," I think of my dad. Not because he's descended from the Nephilim, necessarily, but because that's the kind of stride his life has had across the landscape of my own.

So I decided to write up some stats for him for "In Her Majesty's Name."

Why? My dad's not a gamer -- he'll neither understand nor be able to appreciate what I've done here. It'll just join the other million, million things I've done during my life that he'll have to shrug at and go, "OK, if that's your thing ..."

I've left the era particularly vague. If you wanted to run him as a Victorian character, as I certainly do, he'll work, but you could just as easily drop him into his actual modern era using the stats and description I've written. My web fu doesn't feel particularly strong right now, but offhand I think the figure I might use for him as a Victorian mechanic/tinkerer would be Capt. Arland Strangewayes from the Cygnar faction of Warmachine. (Although then you'd need to up his Armor from jack/lined coat.) 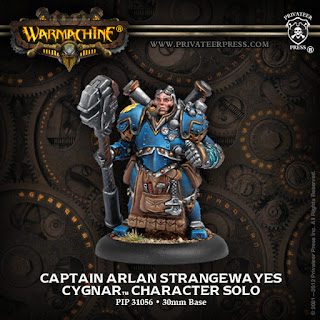 The human field mechanik in the unit set might work as well, although Dad's not bald. He just has a mustache. 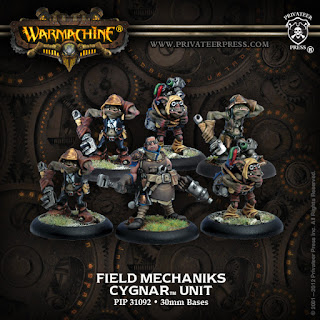 If you want to use him as a modern survivor, the nearest analogue as far as the kit he's carrying would be Raoul from Zombicide. Here's his picture. Just make him older and give him a mustache, but no beard, and that's a pretty close image for how my dad might face the zombie apocalypse. 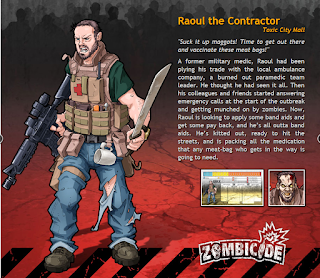 Here's a Google Docs link to the pdf: My Dad

And in Dropbox: My Dad

So Happy Father's Dad, although I doubt you'll see this, unless one of your granddaughters points it out to you. Love you much!

Email ThisBlogThis!Share to TwitterShare to FacebookShare to Pinterest
Labels: Father's Day, In Her Majesty's Name, Zombicide

A while back I stumbled across this great thread in the Workbench section of the Lead Adventure Forum. 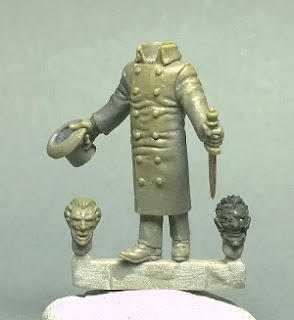 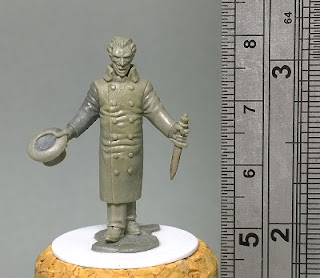 A group was rounding up orders for, or gauging interest in, a Victorian version of a certain nemesis of a caped nocturnal vigilante. 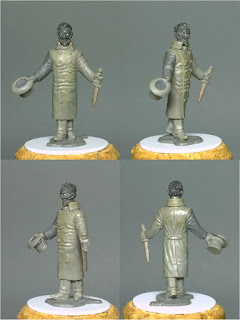 Well I was in for it immediately. The sculptor, who goes by Vermis but is, I believe, named Warren, was even doing alternate heads -- one based on Conrad Veidt, the star of the German Expressionist silent film "The Man Who Laughs," from the Victor Hugo novel (and a big inspiration for Bob Finger's original design of The Joker), and the other with the skinned and reattached face we've seen in recent comics.

There had apparently been an earlier drive to craft the Gentleman Vigilante himself. I opted not to purchase one of these, but they do look good. 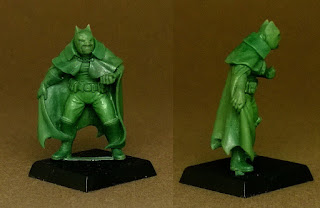 So I had to get two of Mr. Grins, and they arrived at my secret base in the heart of a dormant volcano yesterday. And they are every bit as wonderful as anticipated.

Here's a pic of my two minis in the metal. These are really clean casts. There was one tiny piece of flash attached to one of the top hats, but I took care of that with a judiciously applied fingernail. The only mold line of any significance runs along the underside of the figure's right arm, but a file should get rid of that with minimal effort. 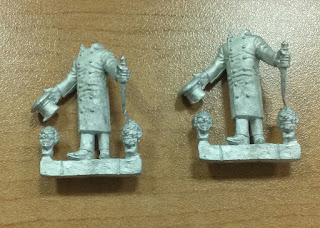 I don't exactly have a plan to slot him into the world of "Brass & Blood" yet, but it'll come to me, no doubt. I mean, every setting can use a psychopath disfigured by a Glasgow smile, right?

And the vigilante haunting Victorian smokestacks and alleyways to stop him is already in my collection. 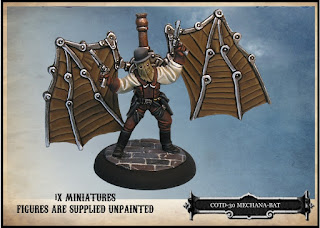 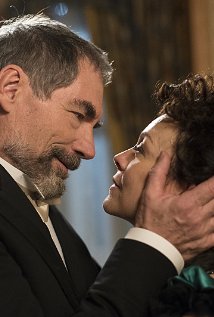 Having now seen episode 5 of Penny Deadful season 2, "Above the Vaulted Sky," I don't think I'd amend anything in my company list based on any of this week's revelations.

(Unless there were a roll to put Barry White music behind everyone's actions. Almost everybody got to break off a little sumpn-sumpn.)

The only thing I might add would be giving Madame Kali/Evelyn Poole the Curse spell from IHMN Gothic, based on how she's got Sir Malcolm ensorcelled. It's a 12-point spell, which would push her total to 83 points. Given Madame Kali's age and apparent level of power in the show, I'm OK with that.

If you wanted, you could swap Curse in for the Chameleon Skin spell, which I gave her for consistency's sake with the other Nightcomers, but we've never seen her use that particular talent. That exchange would leave her as a 71-point character.

If you need them again, here are links to the company list: Google Drive or Dropbox. 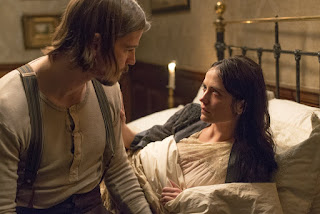