The hand of the master revealed ... my Victorian Scrunts arrive.

As I suspected he would, Bob Olley beat me. I received my items from Bob's Victorian Scrunts kickstarter before I've finished tinkering with the company rules I'm writing for "In Her Majesty's Name." I have two days off coming up, so I'll try to finish them off this week and have them posted before the weekend.

(My excitement has me waxing loquacious. There's a tl;dr summary down at the end if you don't want to wade through my excess verbiage!)

But I cannot deny you, my faithful readers, a look at the glory that is the work of the master. Olley's Scrunts are some of the most characterful miniatures out there, and though I haven't yet removed these from their (unique) packaging -- I'm still at work and don't want to lose anything -- they appear to be incredibly clean casts with minimal mold lines and no flash at all. At least I can't find any yet through visual examination. I mean, these did come out of a mold, right? Bob hasn't discovered some moldless method of casting metal miniatures with the sheer power of his mind, has he? Wouldn't put it past him. These things are gorgeous.

I wish I could've plunged into this KS much deeper, but I could only plump for the three-pack deal. That means there were lots I had to leave behind, like the light weapons, both gambling dioramas, the queen and the two vehicles, and the head sprues. Oh, the head sprues! Not that there's not plenty of variety with what I now hold in my grubby little hands, but still, the more, the merrier. You can see pics of all that escaped my greedy grasp on the pages of the kickstarter here. Bob has said over at LAF that he has ideas for many further Victorian Scrunt civilians, so more of the line may be forthcoming. He will certainly get more of my hard-earned cash when he does. I also intend to scoop up more of those I had to forgo initially, once he gets these up in his webstore.

What I chose were the lads armed with the Heavy Weapons, Packs 1 and 2:


For my third pack I chose the Thugs:

tl;dr version: Olley's Armies Victorian Scrunts are dynamic sculpts with exquisite detail, cast with minimal mold lines and, I swear, no visible flash. The variations available due to the modular design mean your assembled Scrunts will likely be unique. Highest recommendation, without reservation.

That's it for today, o my brothers and my sisters. Back to the boards, everyone, and I'll see you across the table soon.
Posted by Unknown at 11:03 PM 2 comments:

Victorian Scrunts are on their way

The lastest word from Bob and Jackie Olley is that most of the packages from the Olley's Armies Victorian Scrunts kickstarter have been dispatched.

Need I reveal here that I'm maniacally scratching away, trying to perfect a company list for these figures before mine arrive in the post? I am. Fourth rewrite -- I don't know how Craig and Charles do it.

Actually I do. I've been writing game rules myself for over 15 years -- it's intense, draining but ultimately rewarding work. (I just wish I did it as successfully as they do it!)

In that vein, when I saw the Scibor figure below, I knew he would be a great walker addition to my scrunt company. The figure is designed for Blood Bowl-type fantasy football, but the inclusion of optional machine guns to go along with the steam fist certainly opens him up for use beyond the pitch.

Here's the picture from the Scibor online catalog so you can see what he's supposed to look like all put together. 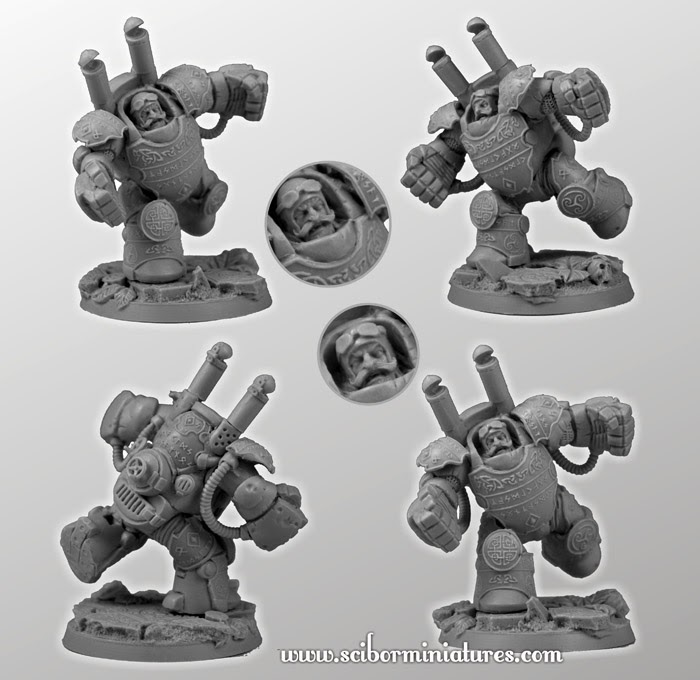 That face looks like Cardinal Biggles from the Monty Python Spanish Inquisition sketch, no? 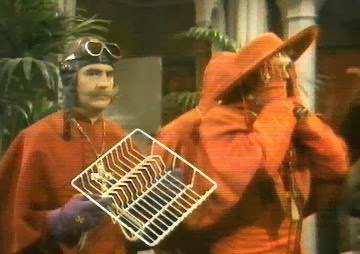 That's actually what made me fall in love with the little fella!

So here are my photos of the mini as I just received it:


All in all, I gotta say this was a worthwhile purchase. As you can see, there is some resin flash between the parts in some locations, so thin that it could more accurately be called a film. There are also some tabs to be cut away on the knees of the armor, it seems. I haven't worked with resin much, so I've got my work cut out for me. For an experienced resin-modeler, I'm sure this would be an even greater value, as they won't have to cope with the learning curve I've got.

So back to the boards, everyone, and I'll see you across the tables soon. WITH a Victorian scrunts company list for IHMN, too. Soon, I promise!
Posted by Unknown at 9:24 PM No comments:

Got my Fenris bases 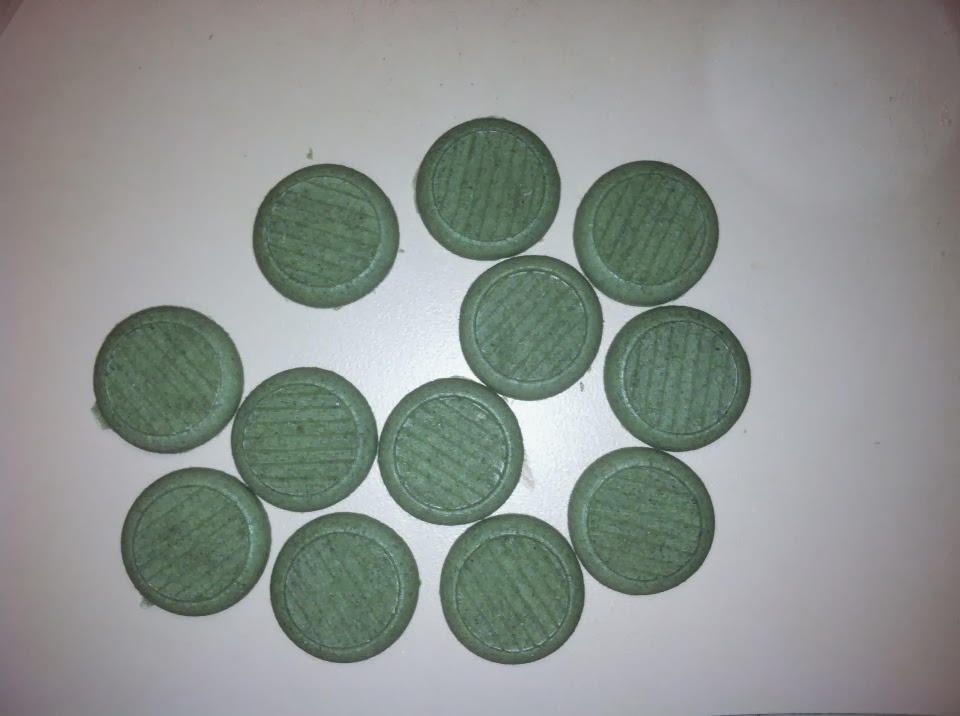 Got my Fenris Nags Tavern fine planking bases for my IHMN Airship Pirates company. The quality on these is exceptional. Both the pattern and the polish are of very highest quality. Only one or two of the bases had minute bits of flash that I could've possibly eradicated with a fingernail. 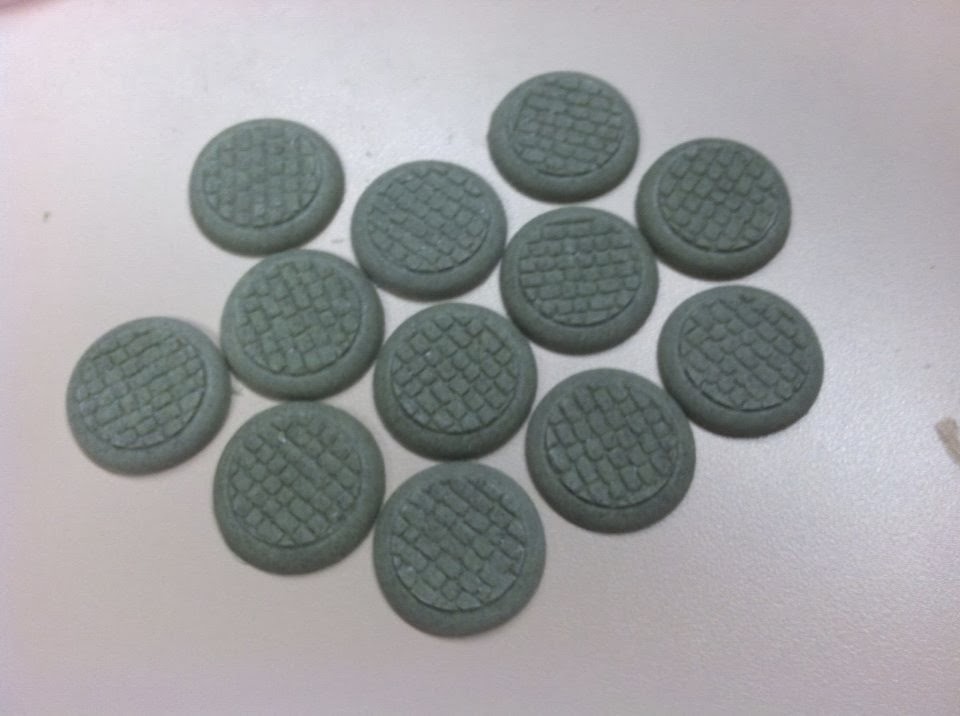 These Innsmouth cobblestone bases are, if anything, even better. No flash, no visible flaws, bottoms ground evenly to a fine polish. -- I love 'em. I don't know which IHMN crew will get these first, but I'm eager to try them out. 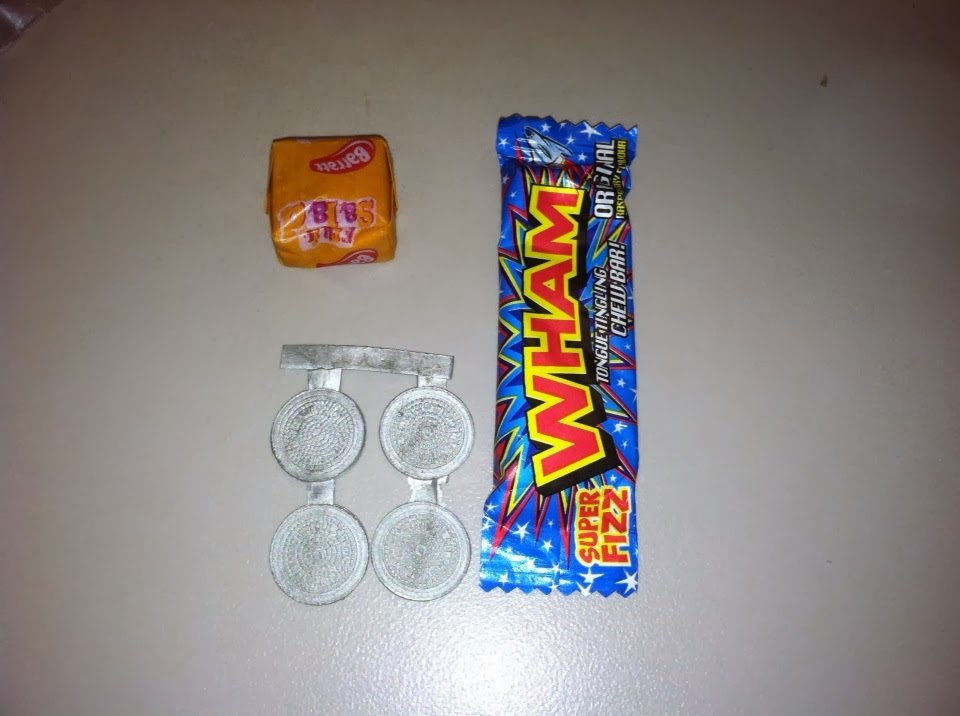 The joy of ordering from many of the boutique miniature companies, especially in the UK, is receiving sweeties along with your purchase. I'd never had a Super Fizz Wham! bar or a Barratt Fruit Salad chew before. (Both were pretty great as sweeties go.) Above you see what I received along with the third item I ordered, some sewer manhole covers. Unlike the resin bases, they're metal and attached to a sprue. Clean, clear casts, just like everything I've seen from Fenris.

My thanks to Ian Brumby for the great work and great service!

Posted by Unknown at 8:23 PM No comments: