OK, you readers have been too polite to say anything, but I hear the whispers of the questions through the vibrating power lines. My mechanical parts feel the doubt building in the stray electrons left by my posts.

"Christopher, why don't you ever post pictures of your painted minis?"

Because there are none. Not new ones anyway. To be honest, I haven't applied paintbrush to mini in over two years. And the last time all I did was spray-prime my nascent zombie horde.

It hasn't stopped my planning and acquiring minis to paint, obviously. You've seen those photos.

It's not for any insecurity about the results. I'm a decent painter, to what I consider a good tabletop standard.

My problem is finding, or rather making, space to paint.

Because I'm a hoarder. Every surface in my home is crowded and cluttered. The floor, to me, is a low, flat shelf.

God, it feels good to admit it in a public forum. I. Am. A hoarder. (Warning: Personal revelations only tangentially related to gaming follow. If you're a tl;dr type of person, you may want to skip to the end.)

For years I thought I was just sloppy. And lazy. And I am both those things, for certain values of sloppy and lazy.

It moved into full-fledged hoarding over the years, as health crises and family events chipped away at my stability. It's not to the degree of the people you see on television, mainly because I don't own property. (And no cat skeletons under the furniture here. Our cat is very much alive and a multi-clawed threat to my safety and well-being.)

My wife and I rent a two-bedroom duplex, and the clutter and collections and trash, sometimes all intermingled, have taken over both bedrooms and are threatening the living room and the kitchen.

If it were just me, I might ignore it and just go full-on batshit crazy and become "that guy" in our little town, with the house the kids warn each other away from with the judicious use of campfire tales and sleepover horror stories.

But even as the indecision, insecurity and, at times, obsession inch closer to overwhelming me, I am consumed with something more powerful.

The love of my wife. I love her with the white-hot heat of a thousand suns. I would pull the stars from the sky for her. I would drag souls to hell for her. If I could heal her crippling genetic disorder with a smoothie made of severed heads and blended babies, I would become the greatest mass murderer this planet has ever seen.

But I can't. So I won't. (Who am I kidding? I abhor violence IRL. I even have trouble transgressing my own moral code in a VIDEOGAME. I am the only person who plays Grand Theft Auto and stops at the stoplights.)

Instead I am fighting the bad programming in my head that makes the stacks of boxes and mounds of clothing feel like castle walls and parapets, protecting my too-oft-wounded heart. Even as I shoulder Sisyphian guilt over the condition of our home, I also feel safe. The clown prince of clutter. A king of rags and patches.

I gradually make headway against the clutter littering the floor, which has reduced the amount of our home my wife can access to about 25 square feet.

Unfortunately, even if it were spotless, she couldn't move much farther anyway. She suffers the genetic disorder ankylosing spondylitis, which I think I've written about before. It's sometimes called "bamboo spine," because as it progresses, it fuses the spine into one solid mass of bone. It hinders her movement and leaves her in constant pain. She gets about some with a walker, mostly by wheelchair. Drugs manage most of the pain and the muscle spasms.

She has made friends across the world on the Internet, as have I. I try to make sure she has as much access to information, communication and entertainment as possible. Now I'm fighting my own brain, my fear, to return our home to a state of which she can be proud.

It approaches irony that the artistic release of painting minis would do much to ease my mind and soothe my brittle feelings. So all I can say is ... 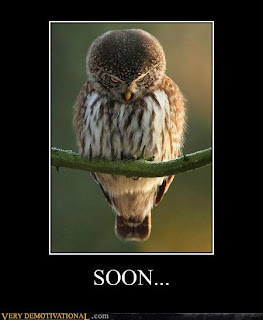 Yes, soon. I made big strides on my days off this week, and I plan to do a little more each day. Eventually, I'll have enough of a clear work area that I can drag out my minis and paints and get to work. My goal is within two weeks. I'm also using this as a motivator:

Having just acquired Sedition Wars (and having a few of the metal SW minis as well) I am spoiled for choice. And the entry deadline isn't until April. Even I should be able to hit that.

I'll be back later today with more about the Empire of the Dead: Requiem kickstarter (to which I've already pledged.)

Posted by Christopher Sheets at 6:40 AM