Zomtober is almost upon us

I have thrown my hat in with those who will participate in Zomtober 2014. Basically, those involved pledge to paint one zombie or survivor each week during October, posting photos on the appropriate Sunday.

While we're talking about October— excuse me, Zomtober — the word around the Aethervox is that Wyrd is going to release a plastic version of the Carver for Malifaux. His metal incarnation was extremely limited, so it will be nice to get my hands on this Jack-o-Lantern-headed homicidal maniac. There's a story encounter with him on the last page of "Crossroads," the newest Malifaux book. Here's his card and art: 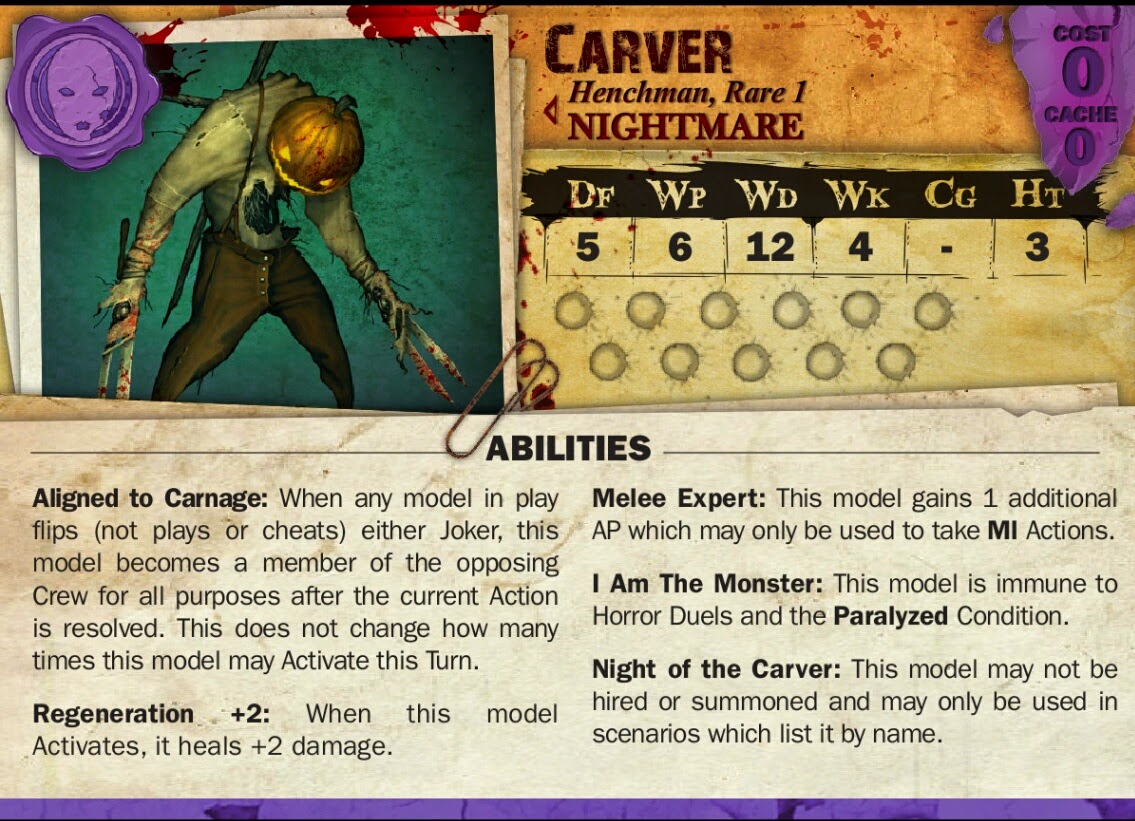 His metal figure came with a choice of heads, I'm told, either the Jack-o-Lantern or a burlap sack. I hope that will be the case with the new one, not because I plan on gaming "The Town that Dreaded Sundown" anytime soon, but because I enjoy a bit of variety in my seasonally themed supernatural menaces.

In preparation for the Great Pumpkin's arrival, I ordered two of the delightful new Field of Screams bases from Secret Weapon in 50mm. (The card for the Carver specifies that size base.) I'll probably order a set of 30mm bases later to go along with some Crooked Dice corn dolls, too. These bases are splendid sculpts. In the size I ordered, there are four different bases. They are also producing a "sack o' pumpkins" for sale, I hear. The bases are thus: 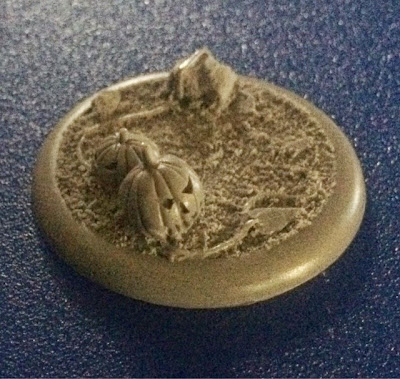 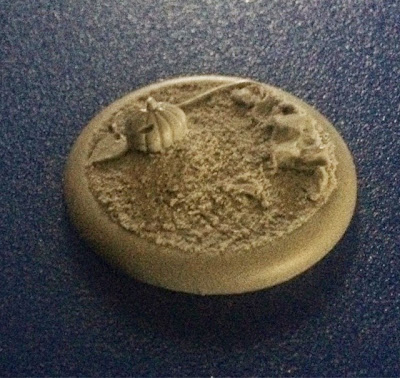 Aware of the glacial rate at which I paint, I knew to have a snowball's chance of having it ready by Samhain I'd need to get my order in early. Justin and the gang at Secret Weapon got them to me super fast, too. Order early and often, and tell them I sent you. That and a crisp $5 bill will get you a pumpkin spice latte in most reputable coffee shops, and in a few of the disreputable ones, too.

Back to the boards, everyone, and I'll see you (and zombies!) across the table soon.
Posted by Christopher Sheets at 3:30 AM