Dr. Moreau and the Army of the Abandoned

I promised in my last post to bring you a writeup about my new idea for a warband for Empire of the Dead. After seeing the amazing Greystoke faction that Laughing Ferret created, I figured I'd have a go.

Thus, I bring you the first bit of fluff detailing the Army of the Abandoned.

They are the remains of experiments conducted by Dr. Moreau at his laboratory in England before the townsfolk discovered his repeated use of vivisection and went all torches-and-pitchforks on him. He had retreived many samples from Noble's Isle before he took up permanent residence there and built his compound (which is where Prendick encounters him in Wells' novel). This misshapen bunch of crocodilians that Moreau had experimented on (I guess later science fiction would say he had "uplifted" them) has banded together for their mutual survival in this unfamiliar land. Although they were native animals of Noble's Isle, they predate Moreau's compound and the prohibitions and praises voiced by the Sayer of the Law. They most certainly will follow men, eat fish and flesh, and go on all fours, if that is what they need to do.

They seem to want to be left alone, but when they do strike, the violence can be horrifying and brutal. I plan on running them as a Lycaon list, unless a better option presents itself.

Here are the words of Gulth Deathroll, Speaker for the Army of the Abandoned:

This land hurts. The air hangs thick and wet, but not warm. We seldom see the sun so that we may bask in it.The doctor brought us here from our island, then he awoke us from our long dreaming, living in the memories of our ancestors stretching back to when the Great and Terrible strode the land. We had not changed much, until the doctor woke us with his machines and his potions and the hurt of his sharp knives. Now we are awake. Now we know things, and think things, and walk upright and hunt and kill things other than those foolish enough to come near our water.The doctor has gone, chased from his buildings and his domicile by angry others of his kind. We smashed our way free, lashed the gates with our spiny tails and slashed those who stood against us with claws and teeth as their paltry weapons beat ineffectually upon our scales.And now, like others we have found, we have taken to the sewers beneath this city, where great brackish rivers move slowly through the manmade tunnels. The ruby crystals the men so adore keep us warm even in this northern clime, and our numbers grow. We slither up the river banks and raid; we clamber from the sewers and destroy. And we wait.The doctor will return, or he will not. And we will murder him, or not. Our patience is far greater than man's, and the memory of the saurians is long.

As usual, I do not yet have any painted models for this faction of my dreams, but I do have many such models already in the Unpainted Mountain of Lead. Here are some catalog shots from the various manufacturers of figures that I'm likely to use: 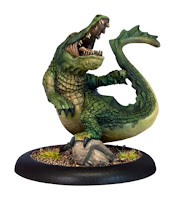 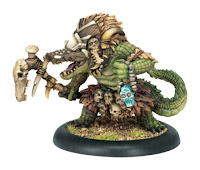 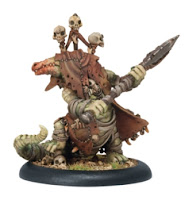 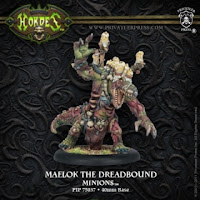 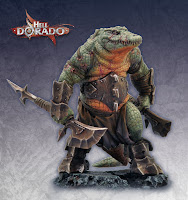 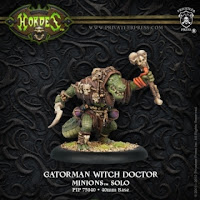 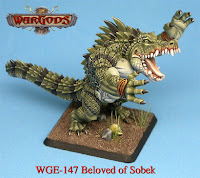 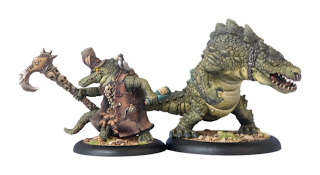 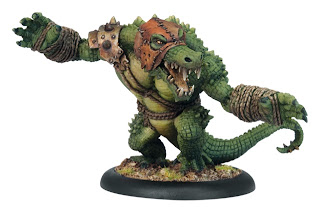 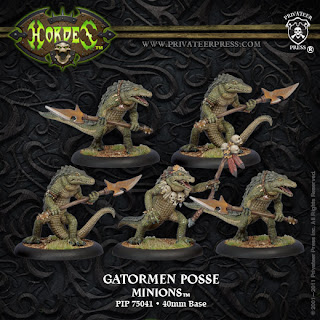 Also, if giant monster rules are ever forthcoming, either from West Wind or one of us home-brewers, I could use several of the different BaneBeasts monsters from Maelstrom Games: 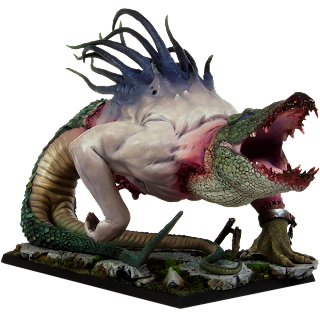 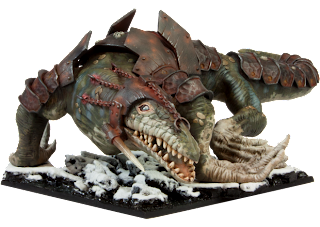 Of course, that would also necessitate me suddenly being made out of money, so we'll see what the future holds.

Posted by Christopher Sheets at 8:43 PM